7 Nose Shapes That Can Be Corrected with Rhinoplasty

Dr. George Sanders > Blog > Uncategorized > 7 Nose Shapes That Can Be Corrected with Rhinoplasty 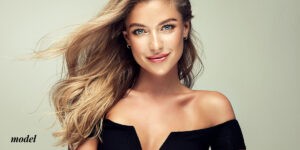 Noses are the cornerstone of the face and play an important role in balancing out an individual’s appearance. From big to small and narrow to wide, they come in a variety of different shapes and sizes, and no two noses are exactly alike.

However, many people desire to change the shape of their nose through a rhinoplasty procedure, more commonly known as a “nose job.” When this defining facial feature is not ideally proportioned to the rest of the face, especially the eyes and mouth, it can often impact an individual’s self-esteem and confidence levels.

If you are considering a rhinoplasty, you may be interested in learning more about the various nose shapes that can be corrected with this popular plastic surgery procedure. Read on to uncover seven common nose shapes that Dr. Sanders corrects with rhinoplasty in the Los Angeles and San Fernando Valley area.

As the name suggests, this type of nose shape is characterized by a prominent hump located on the bridge of the nose. In most cases, a humped nose shape is due to genetics. However, it can also be caused by a traumatic physical injury, like a car accident, as a hump can form if the bone and cartilage heal unevenly.

A humped nose is very common and an easily recognizable nose shape. Although, for many individuals who have a humped nose, it can feel as though this unpleasant facial feature distracts from the rest of their face, which may impact their self-esteem.

Fortunately, a humped nose shape is correctible with rhinoplasty. When surgically correcting a humped nose, your plastic surgeon strategically shaves off excess cartilage and bone. The result is a straighter, smoother nose.

A pinched nose, also commonly referred to as a pinched nasal tip, is caused by the permanent sinking of the vestibular wall, obstructing the nostril and creating an unaesthetic winged groove on one or both sides.

Put simply, a pinched nose is extremely narrowed in the region of the nasal tip, giving an almost “winged” appearance on either side of the nose or as if you are perpetually pinching your nose, even when you are not. This nose shape can cause functional issues within your nasal cavity if not corrected right away.

In many cases, a pinched nose may result from a previously botched rhinoplasty. When a plastic surgeon attempts to remove too much cartilage in the nasal tip region, it can diminish its natural structural support.

In other cases, a pinched nose shape is a congenital problem, meaning the individual is born with this type of nasal abnormality.

This nose shape, which is commonly corrected with rhinoplasty, is generally best seen from below or when the head is tipped back. A boxy tip is caused by a box-like configuration of the tip cartilage, forming a wide, rectangular, and thick nasal tip, which is why this nose shape is often confused with a bulbous tip. However, they are not the same.

When correcting a boxy tip nose shape with rhinoplasty, your plastic surgeon will often trim some cartilage and soft tissue in the nasal tip, and insert an interdomal suture to bring the nasal tip defining points (domes) closure together. However, this will depend on your unique aesthetic goals and treatment plan.

As mentioned above, a bulbous tip and boxy tip are often confused with one another. However, while they show similar shape characteristics, a bulbous tip is typically more round, wide, and bulbous, and certainly more noticeable when observing the face head-on. Additionally, another common defining feature of a bulbous tip is the lack of definition.

This type of nose shape is corrected with rhinoplasty that typically involves reshaping the tip cartilages of the nose to create a more triangular and defined shape.

Also referred to as a droopy nasal tip, a plunging tip is when the nasal tip appears heavy looking and turns downwards. Furthermore, while it is not immediately visible to most people, this type of nose shape is very noticeable when the individual smiles. This is because a plunging tip is thought to be exacerbated by the movement of surrounding facial muscles, as when the cheeks and lips pull up, it gives the illusion that the nasal tip droops even further.

The columella is the bridge of tissue and cartilage that separates the nostrils. When the columella is lower or protrudes below the outer ridges of the nostril, it can appear to be drooping or pointed and may be referred to as a “hanging columella.”

In many cases, a hanging columella can make the nose look disproportionate to the cheeks, chin, and other facial features, prompting individuals to seek out a rhinoplasty with Dr. Sanders to correct the issue. A hanging columella is adjusted by trimming the membranous and cartilaginous tissue“, securing the columella to the lower end of the septum, and possibly lowering the nostril rims with cartilage grafts.

Do you have a flat, broad nose? This is considered a widened nose in plastic surgery, and an experienced plastic surgeon, such as Dr. Sanders, can work to correct it with rhinoplasty. A widened nose either develops naturally or is caused by an injury.

During a rhinoplasty procedure for a widened nose, Dr. Sanders uses specific techniques to narrow and sculpt the nose for a more proportional appearance.

If you are unhappy with the shape of your nose and live in the Los Angeles and San Fernando Valley area, schedule a rhinoplasty consultation with Dr. Sanders. As a board-certified plastic surgeon, Dr. Sanders has been helping individuals look and feel better with rhinoplasty for years.